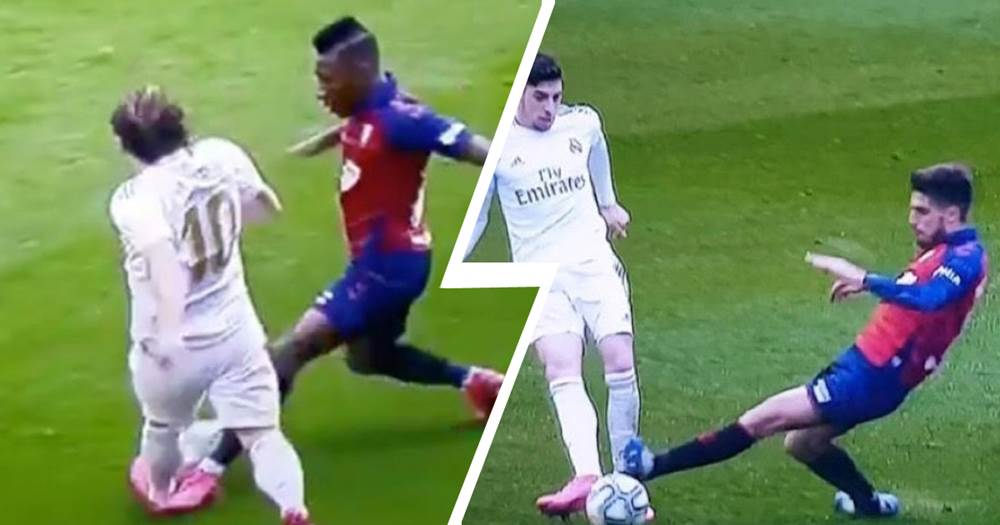 Were Real Madrid on the wrong end of two bad calls against Osasuna?

VAR hasn't exactly been our friend this season, nor have the referees who opt not to consult with VAR.

First, there's Nacho Vidal's hard tackle on Fede Valverde's ankle. In many other top leagues, this would be a straight red card, not just a yellow one.

Then, Los Blancos were robbed of a clear penalty. Osasuna left-back Pervis Estupinan stomped on Luka Modric's foot inside the penalty area.

What you do think, did the referee and VAR damage us on Sunday?

Tell us your opinion in the comments! 👇

Referees in Spain are against Real madrid...apart from bad foul that Nacho Vidal commited to Valverde which was a direct red card...also Joachin Fernandez of Valladolid committed the same bad foul to Rodrygo when we played them (26/01/2020) which deserved a direct red card but ref pretend to be blind.

Show that to Jesus Gil Manzono who wanted send Ramos out on red card, what is he going to do with osasuna players Nacho Vidal and Pervis Estpinan tackle against Luca Modric and Fede Velverde