Tribuna
/
Real Madrid
/
News
/
Vinicius welcomes Hazard's return: 'He is going to help us a lot' 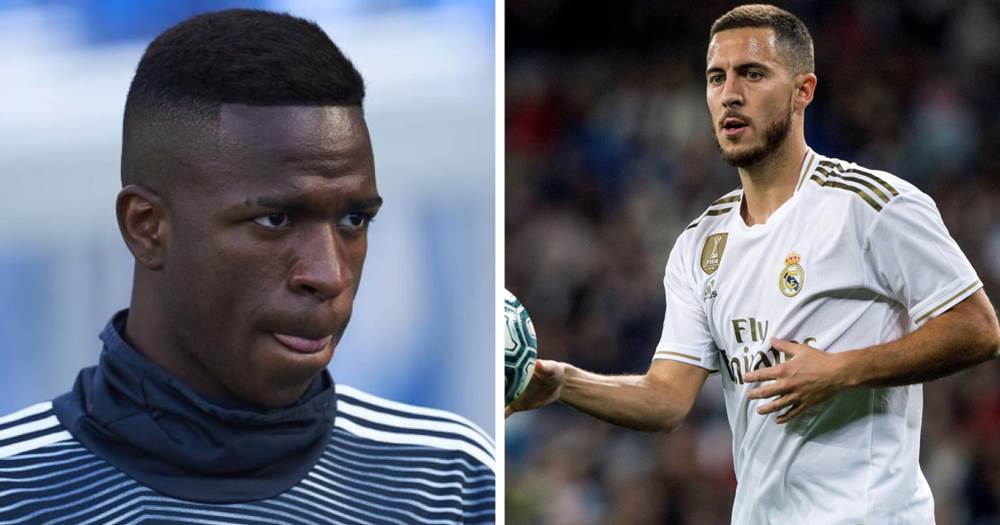 Vinicius welcomes Hazard's return: 'He is going to help us a lot'

Despite technically competing with Eden Hazard for places, Vinicius welcomes the Belgian's return to action. The Brazilian firmly believes that Los Blancos are going to need everyone to achieve their targets this season.

"Hazard’s return makes me happy. He’s one more player that Zidane can count on, he has the extreme quality and he’s going to help us a lot.

"We want to have everyone. Before Real Madrid, I’ve never played on the right wing as it’s a little bit difficult but I do it."

Eden Hazard completed full session with Real Madrid squad on Thursday. It was the Belgian's ninth training with the rest of the team since his return from injury.

With the attacker looking fitter than ever, Hazard is well-positioned for the return in action in the home match against Celta on Sunday.

Eden was 'desperate' to get involved already against Atletico Madrid two weeks ago but Zinedine Zidane is taking the matter in the most cautious way. The coach doesn't want the Belgian to suffer a relapse, which could potentially leave him on the sidelines for another long recovery spell.

This is why the main objective is to get Hazard fit and ready to play in the game against Manchester City on February 26.

Eden is doing everything he can to speed up his return to action:

As for Vinicius, he has been one of Los Blancos' best performers in 2020 and the youngster wants to continue like that going forward.

It remains to be seen whether Eden Hazard's return will push Vini out of the starting XI. Another question is whether Zidane will keep favouring Rodrygo over his countryman.

Overall, the young Brazilian scored three and assisted on two goals in 23 appearances this season.