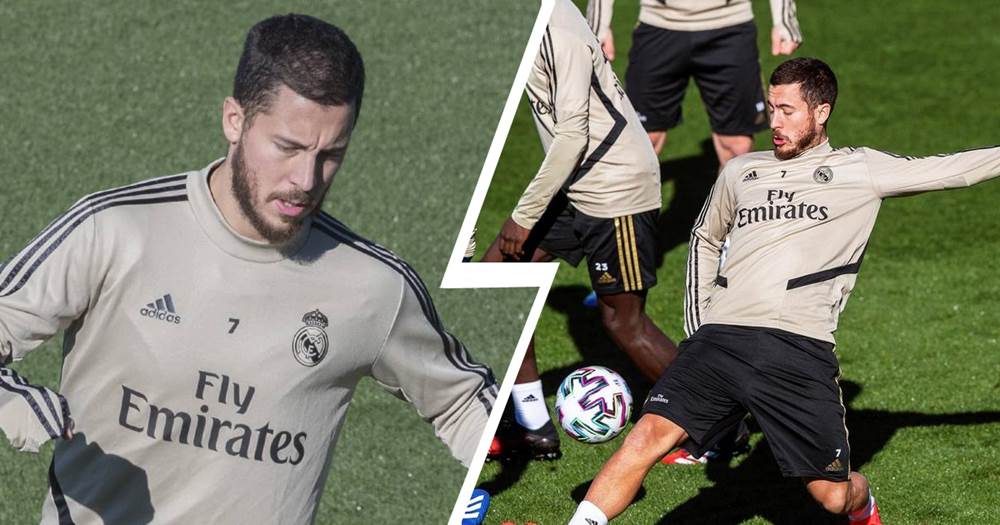 Eden Hazard completed full session with Real Madrid squad on Thursday. It was the Belgian's ninth training with the rest of the team since his return from injury.

However, according to Marca, Los Blancos' medical team sees the Belgian only at approximately 60 per cent from his best conditions.

Eden is physically fine but still lacks match practice, despite the fact that he is already participating in small-pitch match exercises with his teammates. But this is hardly equal to a competitive game experience.

This is why - just like Diario AS predicted on Wednesday - Hazard is well-positioned for the return in action in the home match against Celta on Sunday. As per Marca, the Belgian will play around 30 minutes in the second half.

The main objective is to get Hazard fit and ready to play against Manchester City on February 26 and Barcelona on March 1. We are likely to see Eden making an appearance in next week's game against Levante as well, as he is slowly building match fitness.

Eden is determined to help the team against Man City and Barcelona:

Vinicius welcomes Hazard's return: 'He is going to help us a lot'
50 0
5 days ago