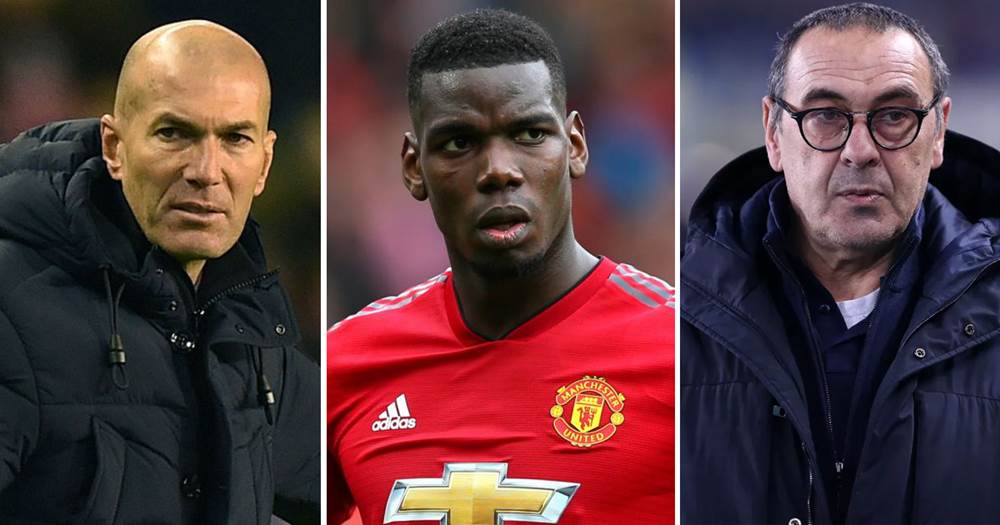 According to The Guardian's Fabrizio Romano, Paul Pogba wants to leave Man United at the end of the season but his potential exit from Old Trafford is likely to be blocked by the club's asking price of around €100m.

Juventus and Real Madrid remain interested in the midfielder but consider that fee too high for a player who is yet to prove his €105m price tag - the money United paid to the Bianconeri in 2016.

The Frenchman's agent Mino Raiola will try to convince the Red Devils to lower their demands as Pogba is convinced that his exit would be the best option for him and the club, as per the tier 1 source.

When asked about the midfielder's potential return to Turin earlier this week, Raiola said: “Pogba feels at home in Italy. Italy is like his second home or family, same for Ibrahimovic. That’s why Paul would like to come back to Juventus.

“But we’ll go to speak about that just after Euro 2020. Pogba wants to play at the best levels always ... but he can’t escape Manchester United now, in this moment where the club is not having a good period.”

The 26-year-old's contract at Old Trafford expires in 2022 and Man United have an option to extend it by 12 months.

Madrid, meanwhile, are divided on Pogba. While Zidane might be still interested in bringing the midfielder in, the club hierarchy would rather put their money elsewhere.

It can be said that Los Blancos distanced themselves from the Frenchman and the chances are higher to see him going back to Italy.

Pogba is a good player and he will be good addition to Real madrid, but I always say that Attacking line restructuring is necessary....we are not good enough in that area, let us sign Mbappe first.