Tribuna
/
Real Madrid
/
News
/
Vinicius: 'Me and Rodrygo support each other' 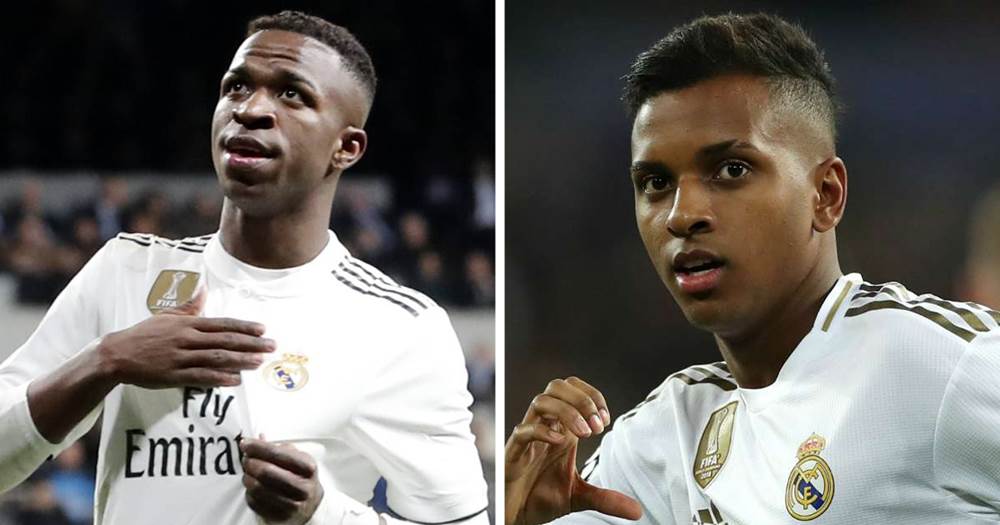 Vinicius: 'Me and Rodrygo support each other'

Vinicius gave a lengthy interview to Esporte Interativo, discussing his second campaign with Real Madrid. The youngster insists he is happy to share playing time with his fellow Brazilian, Rodrygo.

"There’s room for both of us," Vinicius said. "It’s difficult for the players and manager but Zizou changes a lot of things and we have the same number of matches and playing time. It’s balanced. Rodrygo and I help each other, he was already my friend in Brazil.

"I play at Real Madrid with more experienced players who are legends of the club. They won it all but still want to win more. They always help me and Rodrygo. They make sure that the group strength is always present so that they can keep on winning.

"The Brazilians in the locker-room, Marcelo,

">Casemiro, Militao and Rodrygo all support me. Rodry and I are younger and always give each other strength and to have peace of mind because they always say that the most difficult is not arriving at Real Madrid but to stay."

Vinicius has been one of Los Blancos' best performers in 2020 and the youngster wants to continue like that going forward.

It remains to be seen whether Eden Hazard's return will push Vini out of the starting XI. Another question is whether Zidane will keep favouring Rodrygo over his countryman.

There is a reason why Zidane rates Rodrygo so highly:

Overall, the young Brazilian scored three and assisted on two goals in 23 appearances this season.

As for Rodrygo, the 19-year-old has made 18 appearances for Los Blancos this far into his maiden season. He's managed 7 goals, becoming Madrid's second top goalscorer behind Karim Benzema.

On the other hand, the youngster has managed only 14 minutes in February, scoring once in the Copa del Rey defeat to Sociedad.

Vinicius welcomes Hazard's return: 'He is going to help us a lot'
50 0
5 days ago

True understanding I love it that way keep it up