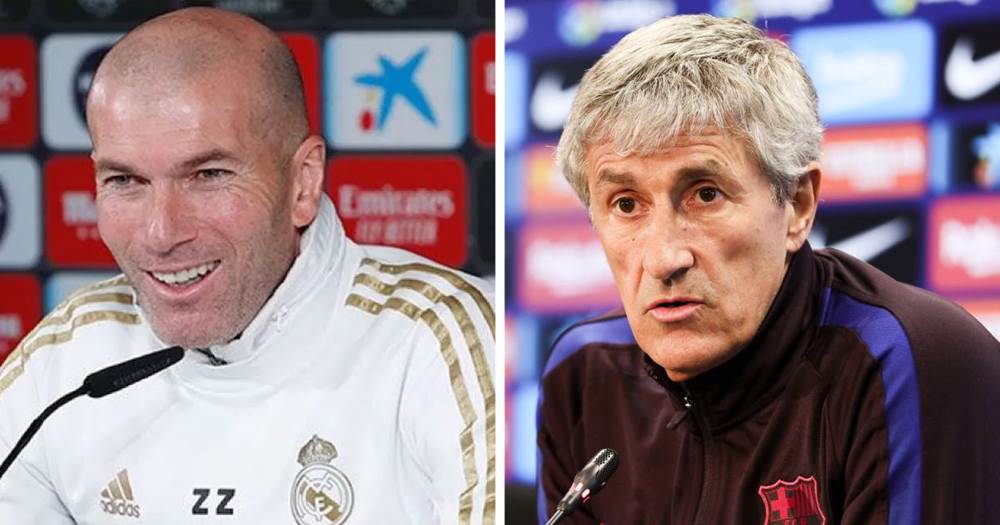 Barca boss Setien: Our chances of winning La Liga are as high as Real Madrid's

Real Madrid are first in La Liga with a three-point lead over fierce rivals Barcelona. However, their boss Quique Setien doesn't think that it gives Los Blancos any advantage in the title race over the Catalans for some reason.

"We’ve got just as much chance as Madrid," Setien told the media during the press conference on Friday.

"They have a three-point lead, but we have a game at the Bernabeu for which we have high expectations."

This is a very strange point to make considering that having more points after an equal number of games played obviously means there is a higher probability for Real Madrid to win the league.

As for the Clasico clash at the Bernabeu, it is scheduled for March 1, only a few days after the game against Machester City in the Champions League last 16 tie.

Do you expect a victory in the next Clasico in March?

Okay they will.come at our home

That is 100% correct, they are only 3 points back even tho they seems like they are struggling more than any other year they are still only 3 points behind, until we make more separation he is correct they have just as much chance to win it as we do

Epa one5 days ago