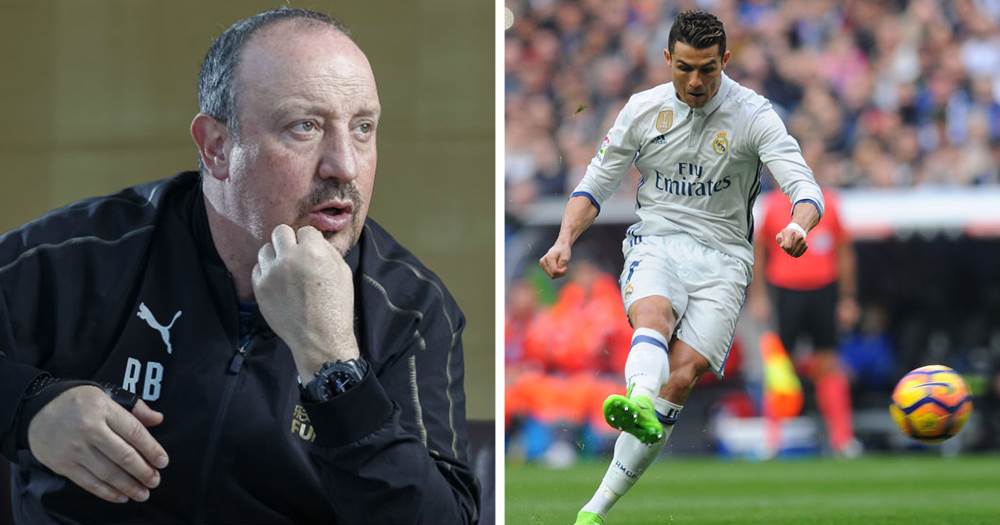 Rafa Benitez has opened up on his short Bernabeu spell refuting the rumours about him attempting to teach Cristiano Ronaldo how to take free-kicks and Luka Modric how to pass.

"That's a lie. At no time did I tell him how he had to take them," Benitez said in an interview to Marca.

"The only conversation I had with Cristiano about free-kicks was in Australia, during pre-season. I told him we had analysed, together with my goalkeeper coach, the free-kicks he took when he was at Manchester United and the trajectory of the ball in relation to the position of the wall.

"Our idea then, as Liverpool coaches, was to try to counter their [United's] free-kicks. But that's it. At no time, as coach of Madrid, did I tell CR7 how free-kicks should be taken."

The former Liverpool boss also insisted that he had never tried to persuade Modric to stop passing with the outside of his foot, only encouraging the midfielder to use the inner side of the foot because it's technically easier.

"I only told him that, of course, when you have a simple pass, you have to hit it with the inside [of your foot] because then it's easier for your team-mate," Benitez said. "When I played, I also used the outside, but in 10-15-metre passes.

"Anyone who knows me knows this is a lie [that I told Modric to stop]. However, it's very easy to release lies and make them appear true."

Benitez was in charge of Real Madrid for a short spell between June 2015 and January 2016. The coach, who now works with Dalian Pro FC in China, was dismissed after a 2-2 draw against Valencia with Zinedine Zidane replacing him.

Real Madrid
Ex-Madrid boss Benitez: 'I had a feeling that Zidane could return to Real Madrid'
0
1

Real Madrid
No Cristiano, no goals for Messi: the Argentine hasn't scored or assisted in Clasico since Ronaldo left
44
2
1 month ago