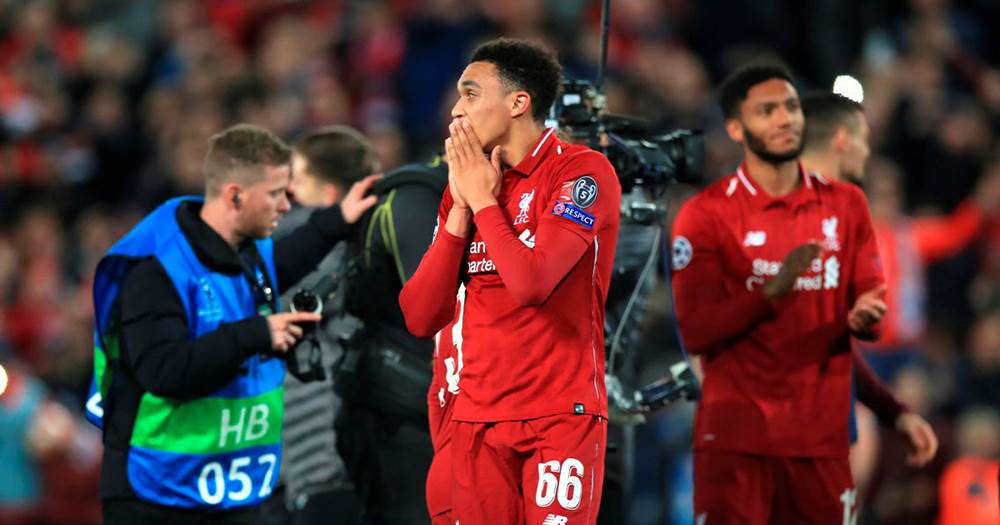 ICYMI, what exactly happened at Anfield?

• The Belgian opened the scoring already in the 7th minute and set the pace for Liverpool.

• Barcelona had quite a number of chances but the centre-back duo and Alisson did great to deny Leo Messi, Philippe Coutinho and Jordi Alba.

• Andy Robertson was injured and had to be substituted for Georginio Wijnaldum after the half-time.

• Gini's cameo was arguably the best in football history: the Dutchman scored his first goal after 8 minutes on the pitch and headed his second 2 minutes later.

• Divock Origi scored the winner after a masterpiece of a corner-kick from Trent Alexander-Arnold.

• The Englishman caught Barcelona defence off guard with his cross while Barca players were still setting up for the set-piece.

• The win takes Liverpool to the Champions League final where the Reds will face either Tottenham or Ajax.

• And yes, the lads did what seemed impossible: they eliminated the three-goal deficit.

Bellingham's family prefers Liverpool move to Madrid and other options (reliability: 4 stars)
8 hours ago
33
Rapper Stormzy makes Liverpool reference in new song
8 hours ago
2
'Favouritism gets you nowhere': Luis Enrique slammed for leaving out Thiago as Spain crash out of World Cup
9 hours ago
28
6 Liverpool players still at World Cup after Round of 16
10 hours ago
7
Diaz back in training with squad and 2 more big stories you might have missed
11 hours ago
8
contact usadvertise with uspartnersterms of useprivacy policycookie policy
enitesfrdear
(c) 2017-2022 Tribuna Digital. All right reserved